6 Expert-Backed Tips For Selling A House With Old Wiring

At HomeLight, our vision is a world where every real estate transaction is simple, certain, and satisfying. Therefore, we promote strict editorial integrity in each of our posts.

Your biggest concern when selling a house with old wiring will come down to whether the home is safe to inhabit. An older home's electrical system easily can become overtaxed, causing fires and electrocutions. Consider that U.S. firefighters from 2012 to 2016 responded to an estimated annual average of 44,880 home fires involving an electrical failure or malfunction. For each of those years, electrical fires killed an average of 440 people, injured about 1,250, and caused an estimated $1.3 billion in property damage.

"That's a fire hazard to begin with for the current homeowner," says Renee Normandy-Shane, a top-selling real estate agent in Port St. Lucie, Florida. "But for the buyer, it's a train stopper." Old electrical wiring can also derail a real estate contract because a lender or homeowners' insurance company won't allow a buyer to proceed. If you're selling a house with old wiring, here's where to focus your efforts so that buyers light up when they see how well you've kept your home running.

1. Get a pre-listing inspection to check the state of the wiring.

Problems with old wiring can sneak up on you if your lights, appliances, and other gadgets seem to run as they should. That's why the Electrical Safety Foundation International (ESFI) recommends an electrical system inspection as a preventive safety measure for anyone purchasing a previously owned home and if your home meets these conditions:

A home inspector, a licensed electrician, or an electrical contractor will check that your home's electrical components meet the National Electric Code (NEC), the benchmark for safe electrical design, installation, and inspection of electrical equipment of all types. As of 2020, the NEC has been revised 16 times. Your state or municipality may have additional code requirements.

Although a buyer pays for a home inspection, Normandy-Shane says that a pre-listing inspection can identify issues, such as old wiring, giving homeowners a heads-up about costly repairs. Depending on your home's location and size, a home inspection costs a national average of $337.

"Being proactive brings a lot more confidence into the sale," she says. "You can also disclose to the buyer that you've already had a lot of issues remediated."

For her clients, Normandy-Shane sends a home inspector to check out any home from the 1980s or earlier prior to listing to avoid electrical panel surprises or learning that a “handy” homeowner overloaded the breakers for modern needs.

2. Put in a new service panel if yours is hazardous or has aged out.

Your home's electrical service panel or breaker panel distributes electricity to outlets, switches, and appliances. Modern homes need a panel that services 100 to 200 amps, or amperes, although some homes with additions, large garages, or a sizable amount of electrical equipment may need up to 400 amps. Some homeowners will try to modify an older electrical panel, but doing so incorrectly can cause hot fixtures, flickering lights, and intermittently working outlets or switches.

One major issue is an electrical panel that's known to overheat or cause a fire. These include those manufactured by Federal Pacific (in homes built between 1950 and 1990), Zinsco (used until the mid-1970s), Sylvania (used in the 1960s and 1970s), and Challenger (used in the 1980s and 1990s). Because of the large number of claims involving these panels, some homeowners' insurance companies require that these panels be replaced before granting coverage, according to Inside & Out Property Inspectors Inc., a member of the International Association of Certified Home Inspectors.

Normandy-Shane says that when her inspector notes the age or the brand during the pre-listing inspection, she tells the sellers immediately that a buyer may not be able to get insurance unless they replace it. Some sellers are proactive and call an electrician right away; others opt to wait until the standard home inspection raises the matter.

"You can't force them to fix something that isn't broken," Normandy-Shane says. 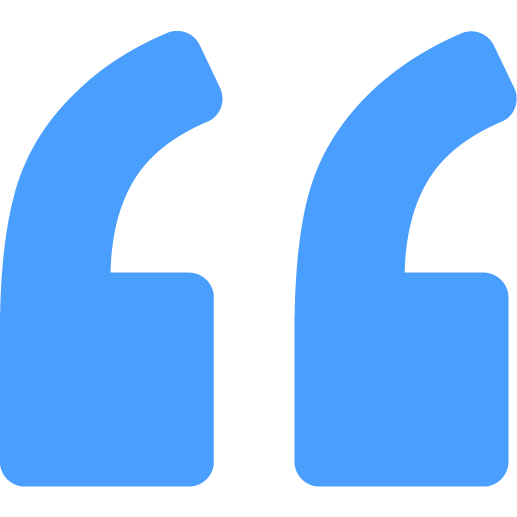 But the important thing is to notify them at the listing. Because in South Florida where I am, it's going to come up.

She has negotiated a credit at closing to cover the buyer's cost of upgrading or replacing the panel, which runs about $1,300 to $3,000 nationwide. Some sellers and buyers also agree to split the cost.

Since 2008, the NEC has required using ACFIs in the electrical service panel instead of standard circuit breakers or fuses. Since 2017, the code has expanded to require ACFI protection in virtually every room in a home, particularly bedrooms, kitchens, common rooms, laundry areas, and basements.

When electricity releases unintentionally from an appliance, electrical cord, or other home wiring, that's called an arc fault, which can cause anything surrounding this to catch fire. ACFIs detect such faults and shut down power to a circuit within milliseconds, the ESFI says. The Home Depot notes that standard circuit breakers don't always trip when an arc occurs because they're designed to respond to a sustained amount of heat, not a quick surge. Installation in an electrical panel costs about $40 to $60 per ACFI, plus labor.

4. Make sure your outlets are up to code with ground fault circuit interrupters (GFCIs).

A GFCI is designed to constantly monitor electricity flowing through a circuit and immediately shut off the current if there's a slight variation. These protect against electric shock and are required in wet areas, such as bathrooms, kitchens, and outdoors. (A GFCI has two buttons in the center; if the outlet stops working, push the “Reset” button to get the current flowing again.) The ESFI estimates that these outlets could prevent about 70% of the roughly 400 electrocutions that occur in older homes each year.

As of 2020, the NEC requires GFCI in all 125-volt through 250-volt receptacles, including those for ranges and dryers. Normandy-Shane says an inspector will flag that there are no GFCIs in an older home, but installing them is not required by homeowners' insurance. “That can be a negotiable item because buyers are concerned that this home is not up to current code, so they can be added; they're not expensive.” Decker Home Inspection Services in Skokie, Ill., for instance, charges $40 to $60 per outlet with a discount for multiple outlets done at the same time.

5. Check that your outlets are grounded and have the proper polarity.

Most homes since the 1920s have been built with polarized outlets, which have two vertical slots of different sizes. Grounded outlets have a third, round hole that connects to a ground wire. The ESFI says if your home does not have grounded outlets, "your electrical system is likely missing critical safety features."

But even a grounded outlet may have been wired incorrectly. A home inspection will turn up outlets that have incorrect or reverse polarity, which creates a shock hazard. But fixing this is simple for a licensed electrician, costing about $10 to $15 per outlet.

An additional safety feature that the NEC has required since 2008 are tamper-resistant outlets. These look like standard wall outlets but feature spring-loaded shutters that cover the slots when the outlet isn't in use, protecting against children sticking objects such as paper clips, keys, and other items inside. The ESFI says that replacing common electrical outlets with tamper-resistant ones costs as little as $2 per outlet.

6. Plan for a full rewire if you notice these issues.

Although grounded electrical systems have been a safety feature since the 1940s, the ESFI says that a number of old homes still have knob and tube wiring or aluminum wiring, both of which are fire hazards.

Knob and tube wiring dates from the 1800s to the 1930s, suspending wires through ceramic tubes. As for aluminum wiring, roughly 2 million homes from 1962 through 1972 were wired with aluminum instead of copper wires because of rising copper prices at the time.

The home services guide, Thumbtack, says that neither of these wiring types can handle modern electrical needs and appliances. Signs that your home may have outdated wiring include:

The cost of rewiring a home depends on the home's size; expect to pay about $4,000 for 1,500 square feet for materials and labor. Rewiring a home also involves permits, which can cost an estimated $200 to $900, depending on your local code requirements. Considering the extent of the project, you may want to stay with a friend. Thumbtack says having an electrician rewire a house takes an average of three to 10 days.

No cash for updates? Consider these options

If you don't have the resources for any electrical repairs or installations, you still can sell a house with old wiring by keeping your real estate agent in the loop.

Every state's disclosure laws are different, even though the core of most disclosure documents are similar. Florida, for instance, has a four-page disclosure that does not ask specifically the age of the electrical box, just if the homeowners have had electrical problems. “If they haven't, of course, the answer is no,” Normandy-Shane says. Work with your agent to navigate your state's disclosures forms and rules.

Set a price that allows for the buyer to make necessary repairs.

This might depend on the type of real estate contracts in your state. Florida's standard purchase and sale contract specifies that sellers are obligated to pay for repairs up to a percentage of the sale price, Normandy-Shane says. If your state has no such requirement, ask your agent about what credits or allowances they've offered at closing to handle electrical matters.

Maybe your old wiring problems are extensive and a traditional sale isn't the best fit for your financial circumstances. That's OK. Some real estate buyers, particularly investors, prefer to purchase older properties and won't care what condition it's in.

That's because they plan to replace most of the home's major components anyway after purchase. A cash buyer will factor in the cost of repairs into what they're willing to offer you — such as upgrading knob-and-tube wiring — but it takes the burden off you to get the house up to code prior to resale.

If this route interests you, you can request a cash offer on our Simple Sale platform. Through Simple Sale, you gain access to the largest network of cash buyers in the United States. Rather than Google “sell my house for cash” and see who pops up in Google, with Simple Sale, HomeLight will match you with a cash buyer who historically purchases properties similar to yours in size, price range, and condition. You'll also get a fast and flexible closing, with the option to choose your move-out date.

Selling a house with old wiring: Know your options

Some things we expect to get better with age, like fine wine, cheese, cast-iron skillets, and leather. But electrical wiring? Not so much. When you consider that one-third of the homes nationwide were built before electric can openers and hair dryers were invented, it's a wonder that some of these oldies can keep up with today's Wi-Fi, computers, and other smart devices.

Not to worry — old wiring issues don't have to shut out the lights on your home sale. Lots of homes have old electrical systems, and you won't be the first seller to sell a house with imperfect wiring. Connect with a reputable local real estate agent about your budget and your concerns, and let their expertise and any referrals to electricians in your area guide you from there.